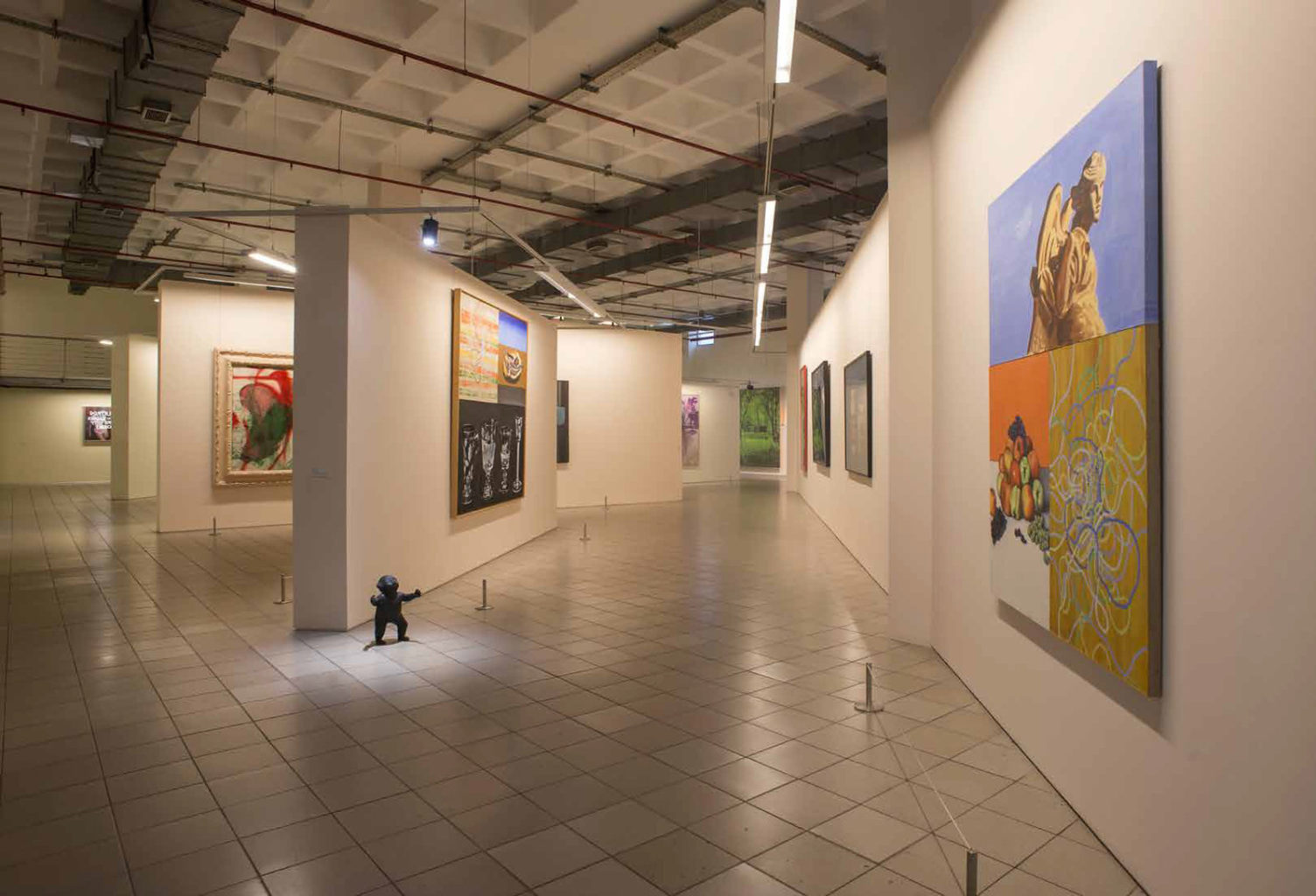 Istanbul, where the East converges with the West, has long been a hub for creativity and boundless energy. It is the collision of these polar cultures that infuses the city with the buzz, glamour and general razzmatazz that have come to define it.

Almost 100 years after the dissolution of the Ottoman Empire, a period of Persian cultural influence, two contemporary art fairs have emerged to celebrate the city’s (and by extension, the country’s) flourishing art scene – as well as its integration with the global art scene. It was upon ArtInternational, a youngling at only two years old, that a small army of art aficionados, collectors and dealers descended, to feast their eyes on an explosion of art and life. B Beyond had the privilege to attend a series of VIP events and so is able present the brief round-up here.

Bordering the Bosphorus, with the Asian side gleaming across the river, the Halic Congress Center is the perfect location for an art fair. Step outside and, at certain hours, you will hear the adhan recited by the muezzin; enter the center and you are transported to a world of hybridism: galleries from Asia, Europe and America; artists from every corner of the world and guests, peripatetic nomads, or ‘citizens of the world’, are all in full throttle.

A diverse selection was showcased: from Carlos Aires’s inventive and subversive swapping of political heads of states on their respective currencies, to Zhu Jinshi’s sculpted paintings – cadences of colour – based on Tang Dynasty poetry. Every gallery sought to present their finest without overwhelming visitors in a deluge of visual saturation.

Sevda and Can Elgiz: collectors and founders of Elgiz Museum

“The ArtInternational takes place in Istanbul for its second year. It is an important event as international attention focuses on Istanbul. The city already has a contemporary art fair, now 9 years old and very successful – the Contemporary Istanbul. Both fairs make possible a wider visibility of Turkish art.

“The ArtInternational has presented an opportunity for local people to delve deeper into the contemporary art scene and at the same time for Turkish art to be shown to the international collector and art lover. ArtInternational welcomed numerous visitors from all over the world. The collateral events made the stay of our international guests very special.

“Local collectors extended traditional Turkish hospitality by opening their homes for a series of VIP events. We, the Elgiz Museum, received numerous wonderful endorsements. It is very important, when you share your passion with people, that they understand your efforts. We started to collect art as a passion in the late 1980s. My husband and I wanted to support contemporary art which represents the modern face of Turkey.

“We realized soon that to collect also brings great social responsibility. We founded on our premises the ‘Proje4L/Istanbul Contemporary Art Museum in 2001. It was the first experimental, non- profit private museum. It has been a reference space for young Turkish artists and has facilitated their integration into the global art scene. Since the early 2000s interest towards contemporary art has increased tremendously. I can say that it became a phenomenon – everybody was getting involved in some way, either out of curiosity or passion. New museums have opened, important international exhibitions now come to the city, and financiers push for art investments…

“This interest has motivated new collectors and been followed by the opening of many galleries, new auction houses and fairs. The ‘Proje4l/Elgiz Museum, besides supporting young artists, is now permanently hosting the ‘Elgiz Collection’. I can say that what we did has encouraged other businessmen to support the Turkish contemporary art and to open their own spaces. Since 2001 our Museum has been visited by an increasing number of people. In the beginning we used to have mostly foreign visitors. Now we have more Turkish students, more children and more art lovers. If I have to describe what we do in a sentence, it would be: ‘Passion becomes social responsibility’. By this I mean that it is a great pleasure for us to collect and at the same time make the work of the artists we collect available to the viewing public. We are committed to the promotion of Turkish art.

“Currently we are very interested in sculpture, which is the basis of our expansion plans. We have also opened a 1500m2 space on top of the museum to host an exhibition. It is interesting to see that sculptures are becoming a popular investment; at the fair several very pieces by international artists were acquired by local collectors.”